We love fan mail! Send your questions, comments and recipe suggestions to RiceRightRecipes@gmail.com!

Nothing’s sweeter than a bowl of rice pudding. This dessert isn’t just limited to nursing homes — in fact, every culture has adapted its very own version of the dish. In Africa and the Middle East, you’ll find rice pudding topped with cinnamon. Some Asian countries use coconut milk and chocolate. And in Spain, arroz con leche is made with lemon zest. This recipe is our own take on rice pudding. Enjoy! 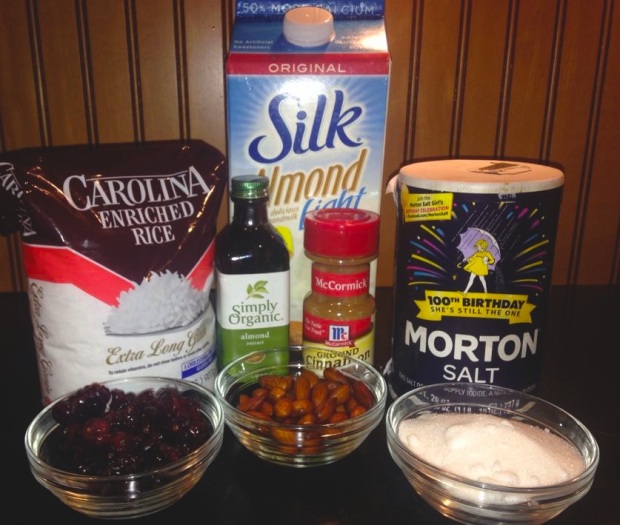 4 cups almond milk
1 cup white rice
6 tablespoons granulated sugar (or as much as you like)
A pinch of salt
1/4 teaspoon vanilla or almond extract
Toppings!  (I used almonds for some crunch, dried cranberries for some sweetness, and cinnamon for some flair.)

Combine the milk, rice, sugar, and salt in a medium saucepan and bring to a boil over medium-high heat, stirring occasionally until the sugar has dissolved.

Lower the heat to a bare simmer and cook uncovered, stirring occasionally, until the rice is tender and the mixture thickens, about 20 minutes.

Remove from the heat and stir in the vanilla or almond extract. Taste, adding additional sugar or toppings as desired. 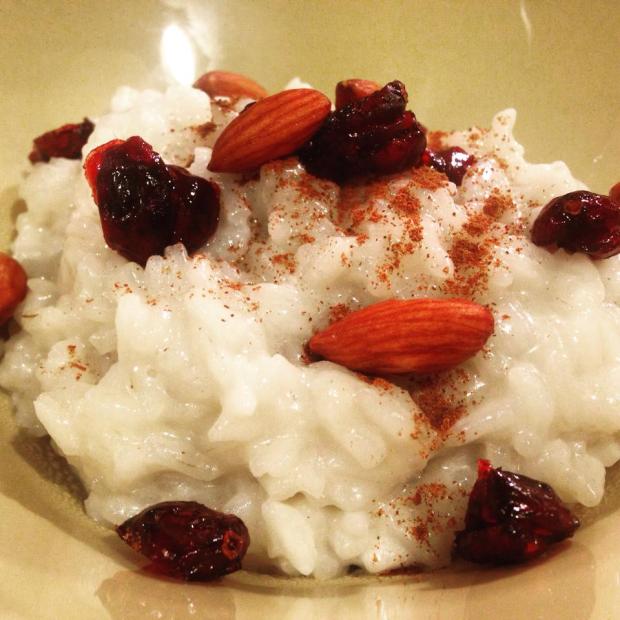 View all posts by Linda

One thought on “Dairy-Free Rice Pudding”